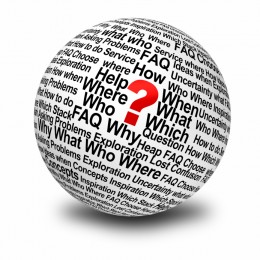 Every organisation has a genuine need for their frontline staff to take some level of responsibility.

They need them to respond to every situation appropriately, to ensure that opportunities are never missed and that a positive perception is maintained and continuously enhanced in the eyes of those who require their services.

Below are 3 recent examples where that responsibility was sadly lacking – and although the behaviour highlighted might seem surprising – I bet you’ve had a number of similar experiences of your own.

While taking a tour around a hospital that had asked us to deliver some customer service training, a patient with a life threatening condition – who had been sent with some urgency by a senior consultant to the pre-op department, was told;

“No one told us you were coming, you can’t just jump the queue, there’s a 3 month waiting list for this service.”

To which the patient replied; “I don’t know if I’ve got 3 months!”

While talking to a business owner about his team’s sales training requirements, I was told that one of his salespeople had recently said;

“If it isn’t in the brochure, we don’t do it” – to a prospect who had asked for an item that was a little unusual, but could have been easily obtained and would have been extremely profitable for all involved.

On a store visit, with the HR Director of a major retailer, we heard a member of the management team say;

“You’ve had the training, just get on with it” – to an employee who had asked for a little guidance, because she was worried about causing some level of meltdown if she made a mistake.

Now, in their own minds, each of these people delivered a message that was in line with the job they were being paid to do.

And yet for the organisations that employed them and the people who came to them for help – their responses had absolutely no positive effect whatsoever.

But was it completely their fault? In all three cases, I found it hard to truly condone shooting the messenger.

If they had been trained on how to use certain questioning techniques properly, their responses would have been immeasurably more productive and helpful.

You see, if you’re counting on your people to be responsible, you need to give them the ability to choose an appropriate response.

Interesting way to think about that word, isn’t it? Responsibility – The ability to choose the appropriate response.

In our EASE Sales and Customer Service Training, the A in EASE stands for Ask the Appropriate Questions – appropriate questioning techniques also figure massively in the coaching workshops of our FAME Management Course.

If the people in the examples above had possessed the ability to ask appropriate questions – I’m confident they could have delivered a positive outcome to all concerned.

Take a look at the three examples again – take each situation and have a think about which questions you might have asked the patient, the customer and the shop assistant, that would have led to each frontline interaction having a far more positive outcome.

Appropriate Questions are incredibly powerful – as an example, let me give you a statement that has no positive answer and so many salespeople react badly to;

Leave it like that and all you can do is Argue, Agree or Apologise.

But what happens if you ask a great question instead?

“What makes you say that?” or

“Compared to what exactly?”

Those answers should help you recognise the obvious gap in your prospects perception – between the cost and the value of having a problem fixed – enabling you to deliver a solution, rather than trying to defend a lack of understanding on both sides of the table.

So, at the risk of making this sound overly simple – to do this properly, you need to;

Learn how to ask the appropriate questions, so that you…

Receive all the information you require to move forward, which will empower you to…

Which will probably result in the desired outcomes your organisation was set up to achieve in the first place.