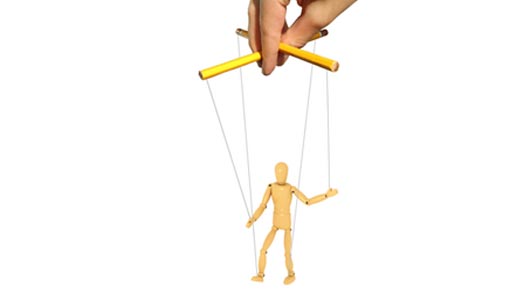 I don’t mind admitting, in certain things, I like to think of myself a bit of a perfectionist – one of those is the creation, and continuation, of positive customer perception.

I’m also well aware, that certain teams I’ve managed in the past, thought I worried about that kind of thing far too much.

But there’s a phrase I once heard a top Chef say, that sums up my feelings perfectly.

Perception is reality – and someone else’s perception of you, the way they believe you are, is their reality.

Someone else’s account of the brilliant service they received at a restaurant matters not a jot if that wasn’t your experience, you will create your own perception on what happens to you.

So, during my very first management role, I decided that everything that left the desk or computers of my team would be a direct reflection on the way I ran the operation to anybody viewing it externally.

Having worked hard to achieve a half decent reputation in previous roles, I was aware that certain buyers were only booking initial appointments with my new account management team because they had been treated professionally and effectively by me in the past.

Therefore, I spent a great deal of time ensuring that I retained that perception by keeping a careful watch over everything that left the office.

However, I didn’t realise what I was letting myself in for.

They were creating letters that resembled thank you notes from a ten year-old, proposals that I can only assume were put together on the way in to work and their presentations had the professionalism of a high school PowerPoint project.

So I worked late, I polished that rubbish until it looked good enough for human consumption – everything that left that sales office looked so good it could have been written by me.

And do you know why? Because on most occasions, it had been written by me!

I remember perfectly the exact evening this all came to a climatic end.

I was in my office – an hour and a half hard drive from home – it was eight o’clock at night. I was polishing up a proposal for a fairly senior, but lazy regional manager, and I decided to give him a call to discuss the project we were both working on.

I had missed my children’s bedtime, I hadn’t eaten since my hurried sandwich hours earlier, the cleaners were the only other people in the building and the Account Manager – who I thought would follow me to the ends of the earth because of the dedication and loyalty that I was currently showing him and the cause – said;

“Can you give me a call tomorrow about ‘10ish’; I’m just in the pub doing personal stuff!”

When we talk about ACCOUNTABILITY in regards to the Sales Management FAME Effect, we ask the question – WHO – as in “Whose job is it?”

I mentioned in my last article – As a sales manager it is not your job to hit the sales target – it’s your job to ensure the target gets hit!

So, if you’re an over worked, underappreciated sales manager; here’s a question I want you to think about. Let’s see whether you’re focusing your efforts in the right direction and being as effective as you possibly could be – or whether you’re just acting like some kind of sales martyr, working yourself to death without anyone ever actually noticing.

Sure you get the big bucks in every pay packet, but by the hour you’re actually earning 15% less.

If you went for a job interview and were told that – as the manager you’d be earning £19 per hour – and your sales team would be earning £22 per hour – you’d think they were mad.

And yet without getting FOCUS and ACCOUNTABILITY right – the first two sections of the FAME Effect – that’s probably exactly what you’ll end up doing.